The Ministry of Transport has commissioned the Norwegian Railways Directorate to carry out a concept selection study (KVU) for reduced emissions of greenhouse gases on the railway. The investigation will include both sections that do not have electric operation, and vehicles that use diesel. 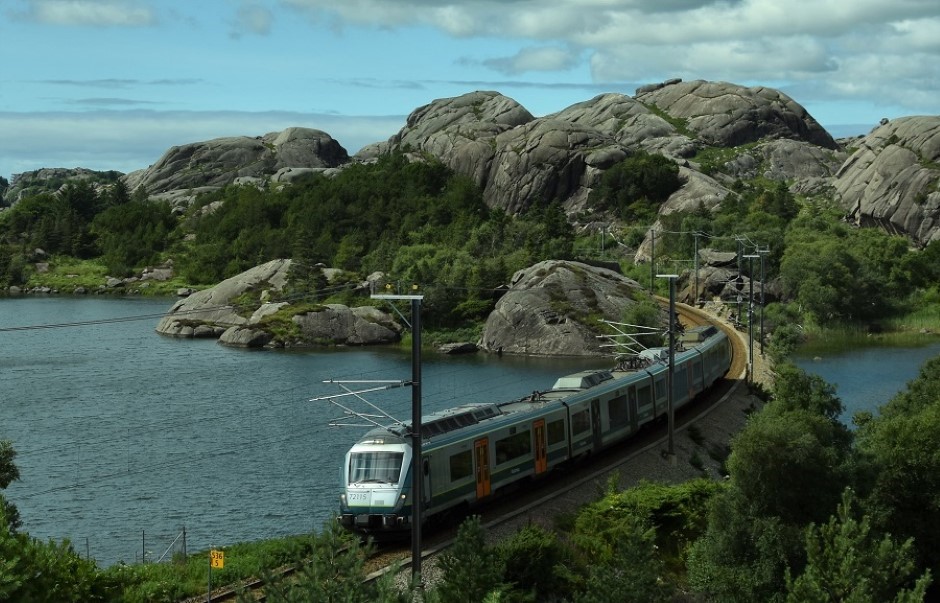 About 80% of the train traffic in Norway is electrified, but there are nevertheless emissions from both construction machinery on the entire railway network and from the trains on the non-electrified tracks. (Photo: Njål Svingheim)

The Norwegian Railway Directorate has previously carried out studies which show that there are several solutions for how the diesel-powered lines can be operated emission-free. Although around 80 per cent of train traffic is operated electrically, there are still large parts of the railway network that are not electrified. This mainly applies to Nordlandsbanen, Rørosbanen, Raumabanen and Solørbanen. In addition, there will be a number of sidings and terminal areas, as well as all the maintenance machines on the track.

Concept selection study
The Directorate of Railways will now carry out a concept selection study (KVU) which will examine various options for reducing greenhouse gas emissions. There, electric operation, battery operation, hybrid operation and hydrogen operation etc. must be assessed against the current form of operation. The assessments will include both costs, advantages and disadvantages of different modes of operation, as well as an assessment of the need for conversion or replacement of vehicles and machines on the track.

KVU for reduced emissions of greenhouse gases on the railway is also called KVU Green.